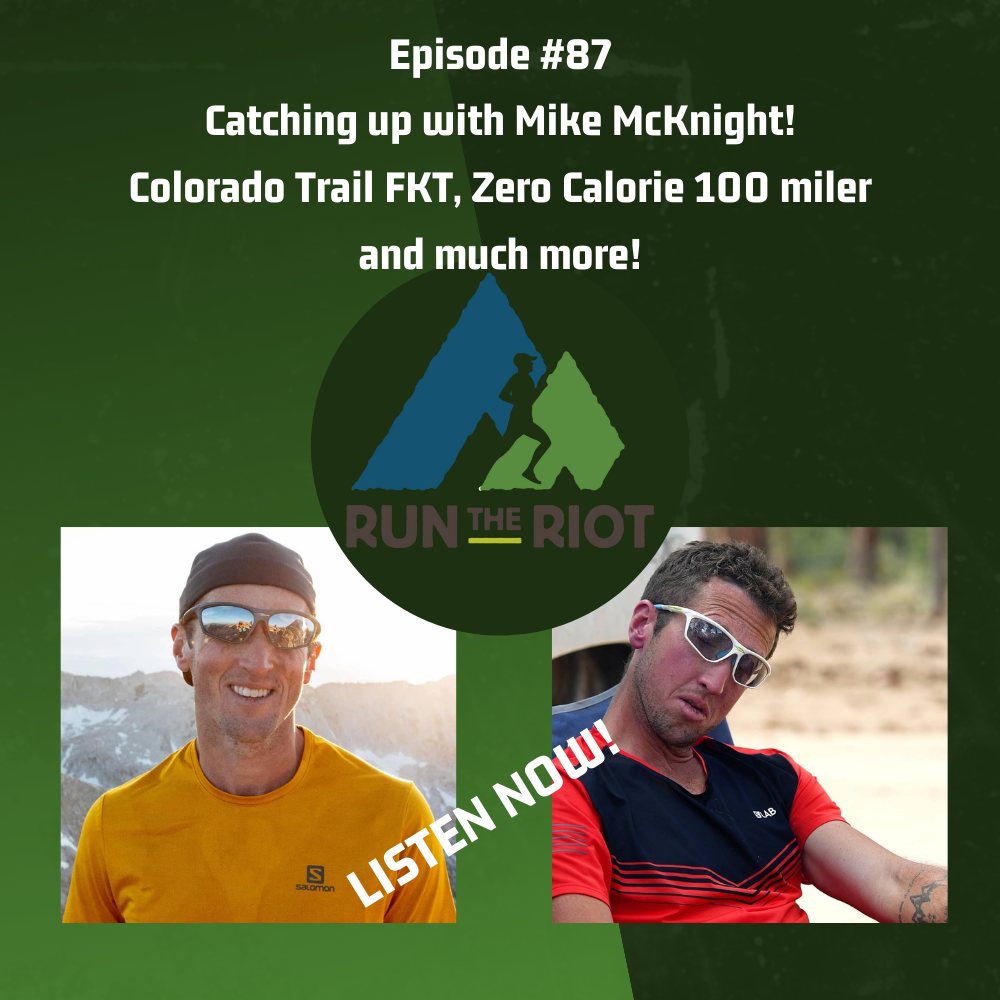 I had a blast catching up with Mike to talk about all that he’s been up to since we had him on the podcast on episode 6.  On that first interview, we focused on Mike’s accident that could have kept him from running again.  We also discussed his win of all three races in the Triple Crown of 200s.  This time we talk a bit more about his low carb approach to running, his ZERO calorie 100-mile run, the Colorado Trail FKT, his Cocodona 250 DNF, and his big plans for the future which includes a 2022 Appalachian Trail FKT attempt!