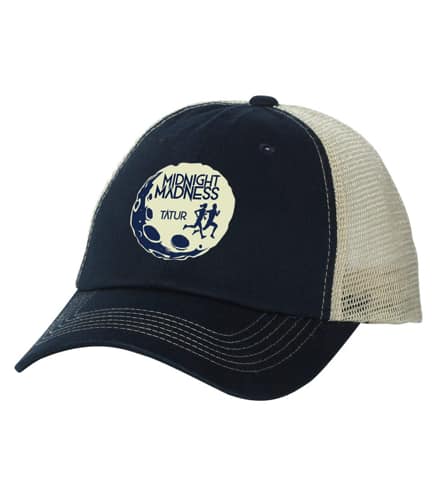 This was a first for me.  50 miles…..on pavement…..starting at midnight…...during the summer!  This was the first of 2 back to back 50 milers I planned on using for training for Tahoe 200.  The plan was to take it easy and just get the miles under my feet. The course was an out and back of 16.67 miles that we would do 3 times.  At the same time, there were 10 and 20 mile races on the course doing one or two out and backs to get their distance. The entire course was on the paved Tulsa River Parks trail system.

A couple hours before race start, a storm came through. I thought, “Great! It won’t be as hot!”  Well, the temps were in 78-lower 80s, but the humidity shot up to 93%. Great! I would go on to run the whole race soaked!  Jen and I got there shortly after 11PM and made last minute preparations. Jen was running the 10 miler for fun. She’s still on the comeback after collapsing her lung a few months ago. 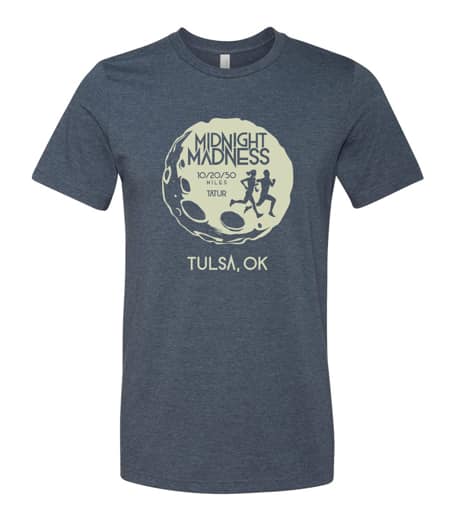 Since this was a training run for Tahoe, I didn’t treat the race as I normally would have.  I could have easily gone light on the vest and gear since I would have access to my drop bag often on this course.  I opted to wear my Ultimate Direction FKT vest and loaded it up with nutrition and salt tablets. I filled my 70oz bladder with 4 scoops of Tailwind due to the heat and humidity and would refill it after each 16.67mile out and back.  I would also get additional hydration at the aid stations. This was training for the big race, but would also enable me to go further without having to stop for long to refill my hydration. I like to roll like that. For shoes, I wore the same pair that I won the Prairie Spirit 100 miler in - My trusty Altra Torins!  I also got a chance to really test out my new Altra shorts. They are so lightweight that chafing was minimal, even in the humid muck we ran through.

Anyway, we got to the start and visited with a few friends.  As time drew close to start, Jen and I prayed together, took our places, and took off!  My legs were a bit heavy to start. This happens from time to time and usually after a few miles I can usually find my rhythm and run comfortably.  I pretty much ran through all of the aid stations quickly on this first out and back. No need to stop yet. Being an out and back, I was able to tell that I was in the lead and that the closest person behind me at that point was about 1.5 miles back.  This was good as I didn’t know how long I would be able to keep this pace up, but willing to give it a go. I was hoping to get a good lead and then ease up at the end. The course is relatively flat with the exception a a big climb and drop about halfway through the out and back at Turkey Mountain.  I was able to run up the front half of the incline at each loop but always walked up a large part the back half where the incline is much steeper. It was a good change up on the leg muscles.

At the end of the first out and back, I caught up with Jen as she was finishing her 10 miler and we got to visit.  She helped me refill my hydration bladder and I took off for loop 2. These out and backs were fun because we were constantly crossing other runners and get to give and get encouragement.  It helps when the low points hit. By the end, I think some of them got tired of seeing me though. Anyway, I stopped a bit more on this loop to drink some extra gatorade, water, coke, and whatever else I felt I needed.  I even munched on a few salty potatoes and M&Ms. My stomach was getting a little funky from the heat and I was trying to fuel without puking. Ginger Ale helped a bunch. I finished the second loop only having slowed a bit on my pace from the first.

I was hoping to take it easy on the last loop, but the one time course record holder, Katie, was too close for comfort.  She was over a mile behind me, but with 16.67 miles to go that’s easy for an experienced runner to make up if I eased up too much.  Oh well, I figured I’d just keep pushing. I had backed off of hydration a bit due to stomach issues and it was taking its toll. My calves would start to cramp here and there.  I’d make an adjustment. Then, my thigh decided to cramp. I’d adjust, drink more electrolytes and just run as hard as I could without a cramp happening. If I felt it coming on, I’d just back off of the pace a bit.  At the last few miles, I really wanted to ease up, but after being in the lead for the whole race, I didn’t want to give it up at this point. So, I just pushed, suffered, and willed my way to the finish line.  I crossed at 7:10:55 for 1st place overall! Katie, the former course record holder, came in shortly after at 7:23:12. 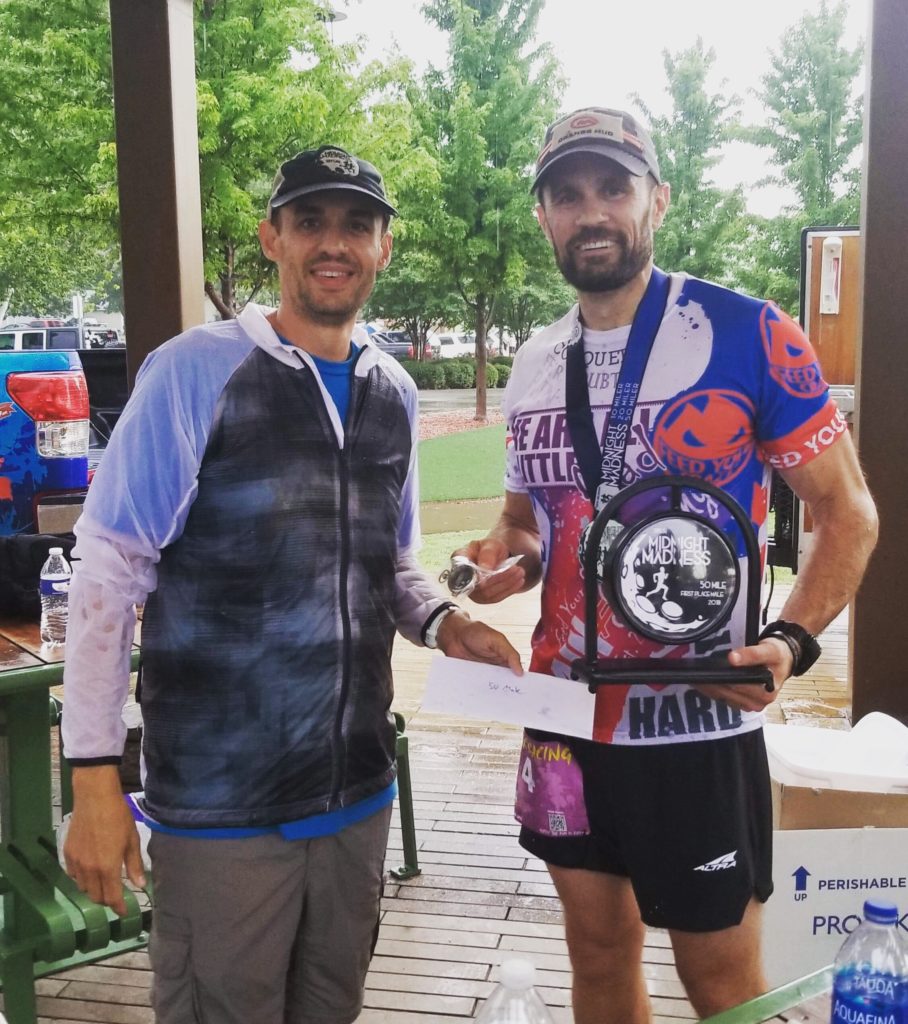 So, I ran harder than I had planned and am pretty sore from the hard miles on the concrete.  I’m doing the Last Call 50 in Fairplay Colorado next weekend but I feel like I should be good to go.  I need that mountain training! It’s all part of the journey that leads to the Tahoe 200 in September!!