Jen and I kind of accidentally signed up for Cross Timbers 2019 not realizing it was our anniversary weekend when we did it.  However, it made for a weekend that was very “us”. We went ahead and booked a cozy little cabin a few miles from the race and we would just enjoy this trail race that we’ve heard so much about.  I would be running the 50 Miler and Jen was going to run the half marathon and then she would volunteer at the start/finish until I was done I wasn’t too confident coming into the race as I had just paced the Fort Smith Marathon on Sunday and I’m still carrying 12 extra pounds since hitting the weights hard for a month and also remnants from holiday pigging out.

I had noticed that the record times for this race were really fast.  However, after 2015, the finishing times were dramatically slower. I found out afterwards that a large portion of the course fell into the lake in 2015 and it had to be rerouted.  I’m thinking that had something to do with it. Anyway, going into this race, I was just hoping to break 10 hours and give what my body would give me.

Jen and I got there early Saturday morning, picked up our packets and huddled around the heaters.  It was in the low 30s at the start. I would start at 6:30 with the other 50 milers and marathon runners.  Jen would start at 7:30. We started off with a short asphalt loop of about ⅓ mile and then into the trails!  I didn’t realize it was going to be dark to start, so I’m glad I had my headlamp in my s/f drop bag. I had it there in case things didn’t go according to plan and I ended up out on the trail after dark.  The trail was well marked, but we had a few issues the first couple miles where the trail itself was hard to see because of the fresh leaf cover. It wouldn’t be an issue later in the day with daylight and many feet trampling the trail.  This was an out and back course with a couple bypasses in a few spots that separated traffic. The marathon distance runners would run one out and back and the 50 milers would do it twice.

The first 6-7 miles were tough.  I was in the top 2 or 3 for a while but the hills were tough and I was struggling a bit on the uphills.  I let a few runners pass me hoping they were in the marathon distance. I wouldn’t know where I stood for sure until the turnaround and I could see everyone’s bibs.  To be honest, these first miles were so rough, I didn’t really care. I was already contemplating quitting after the marathon. I had my excuses all lined up in my head:

“You’re too heavy and you just ran a marathon 6 days ago.”

“Jen is not feeling good, you can quit and spend time with her.”

“My lower back hurts from that stupid soft mattress at the cabin.”

“Are those shin splints I’m feeling?  I haven’t gotten those in years????”

After about 6.5 miles, there were some really runnable sections where I was able to move.  I noticed that on the flats and downhills, I would gain on, and pass up runners. On the uphills, not so much.  At the turnaround (mile 12.5-ish) I figured I was in the top 4 or so. It was hard to tell because some of the runners folded their bibs and I couldn’t see if they were in the marathon or 50 mile race.  Oh well. I’ll just run my race. I was starting to enjoy the race. I was getting stronger and the beautiful single track trails were fun. This race had all kinds of trail - roots, rocks, dirt, mud, and even sand along a “beach”!  At the aid station turnaround for the ½ marathoners, I met up with Jen! I was able to get a quick kiss and hug before moving on. A guy at the aid station said, “I hope you know each other!” I said, “We just met” She looked like she was feeling good and enjoying herself.  That lifted my spirits even more!

When I got near the start/finish, the halfway point for the 50 milers, I crossed another 50 miler, Ryan, going back out.  He looked strong and we offered each other words of encouragement. I wasn’t sure if he was the only one ahead of me, because of the way the trail looped with the different directions, but I thought I might be in 2nd place.  Then, I had to go up Monkey Butt Hill. WOW! That was a tough one, but I got it done….slowly. When I got to the aid station at the turnaround, I was feeling good and positive. I found out that I was indeed in 2nd place and about 10 minutes behind first place.  Alright, I guess I’m racing now! I grabbed some things from my drop bag, refilled my hydration bottles, grabbed a handful of pretzels and hit the trail!

The next few miles flew by.  I power hiked the uphills with purpose and ran the flats and downhills conservatively.  I was really feeling my groove and felt like I was getting stronger. Then, just before the final turnaround(mile 38ish), I crossed 1st place.  I figure I was bout ¼ mile behind him and he looked like he was struggling to keep pace. I grabbed some coke and pretzels at the turn around aid station and told the volunteers “thank you” and remember saying, “You guys are awesome, but I’m going home!”  I hit the trail hard. This section was very runnable and I wanted to try to catch 1st place before the next aid station which was about 3 miles away.

Less than a mile before the next aid station I saw him up ahead.  I ran behind him for a bit. The trail widened and we chatted. He seemed like a really good guy.  We encouraged each other. I love this about trail runs. We were competing, but we genuinely wanted each other to do our best.  We were both about 5 miles ahead of 3rd place so unless one of us really crashed and burned, we would battle it out for 1st and 2nd place.  This was over 40 miles into the race and I felt stronger than the first 6 miles early that morning. So, after a short run together, I pulled away with intention.  I was able to enter and leave the next aid station before he got there. I ran really hard for the next few miles. I wanted to open up a gap so that he wouldn’t see me and I wouldn’t see him until the finish.  I was quick through the next aid stations, but still kept feeling chased. You just never know. He could have caught a second wind and be close behind. So, I ran so he wouldn’t catch me. On top of that, I really wanted a sub 10 hour time.  No one has had a sub 10 hour since the course change after the 2015 race. The closest was 10:34 in 2016.

I checked my watch and wasn’t sure on my mileage or exactly how many miles I had left.  It was getting close to 10 hours. I just kept looking for that blasted Monkey Butt Hill.  I knew that once I got to the top of that horrible hill, it was all downhill to the end. I ran and ran and finally came to it!  I checked my watch and power hiked the hill as fast as I could. After almost 50 miles, there was no running up that thing. When I got to the top, I ran with all I had left, weaving with the trail, excitedly gliding past the trees and around rocks.  Man, I love that feeling. Then, I could hear the music and voices. Around a bend, I could see the cones and finish line. I ran through and Jennifer was there to put the medal around my neck with a kiss! Victory!

This was a great race and a great challenge.  All of the aid stations were friendly and helpful and everything was well organized.  I hope to return to run it again.

It was also a great workout and hurt so good!  I was reminded to just keep pushing. Sometimes the biggest struggles are just setting us up for victory.  Also, those struggles make the finish seem all that much sweeter.  Man, I'm blessed that I get to do this!

Altra Timp 1.5 shoes ate up the trail!  They were great!

The UltrAspire Momentum vest was perfect for fast bottle refills and carried all I needed. 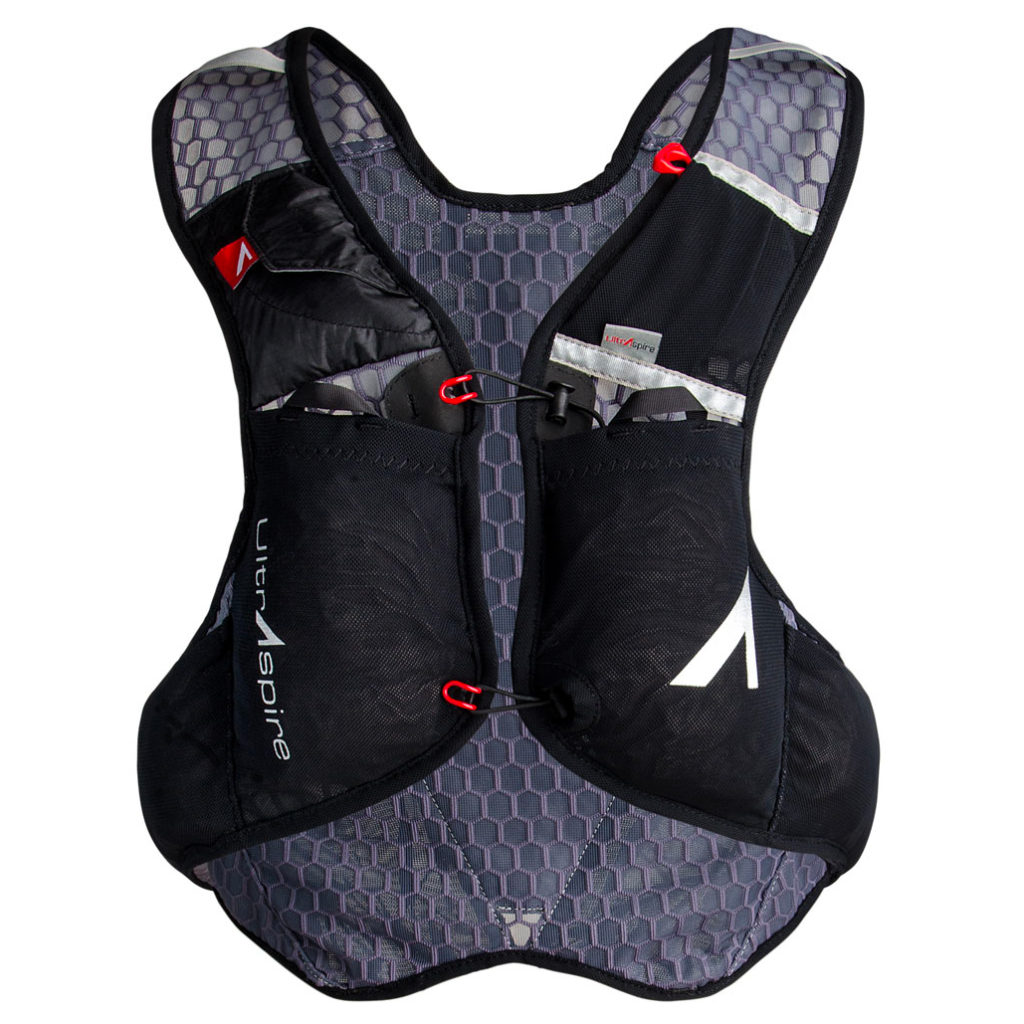