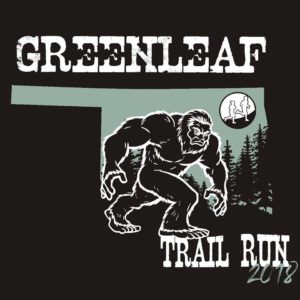 This was a fun and challenging race at Greenleaf State Park in Braggs, OK.  My wife did it last year and talked about how fun it was.  I was having stomach issues the night before and we both woke up with stomach issues the morning of the race.  Fun.  We took turns spending time in the bathroom.  Once we finished getting our stuff together we made the 1.5 hour trek to the park from home.

Jen and I arrived an hour before the race and picked up our packets and visited the port a potties multiple times.  The 30K started at 8, the 20K at 8:30, and the 10K at 9.  We lined up and started right on time.  We ran down the park road and hung a left into the woods.  I settled in behind a local woman and 2 guys.  This part of the trail was pretty fun.  We came out of the woods briefly to cross a road bridge and then it was back into some nice single track.  About 2 miles in we ran past a sign that pointed us to the right.  I didn’t see it until after we were past it so I called out to the three ahead to come back and turn.  While we were past the sign and on our way back a young guy turned on the right trail ahead of us.  I got behind him and said, “Dude, you’re in the lead!”  He laughed, raised his hands in victory, and then stepped aside so I could pass.  From this point on, I was in the lead.  I chose to run with my Orange Mud Vest Pack 2 for this distance.  Tailwind mix in one and water in the other.  Fortunately, I didn’t really need to stop at any of the aid stations except once to fill up my water bottle. 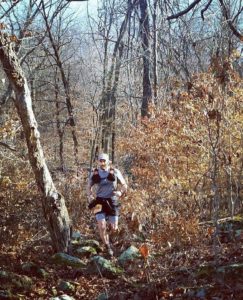 Shortly after 6 miles, the trail got really rocky and technical.  There were many downed trees that we needed to cross over or under.  There were also some very steep, killer inclines.  I wore my Altra Timps and they were perfect.  Much of this trail had not been hiked for almost a year so I was just chasing the flagging on the trees.  I’d have to stop every now and then and back up to find where I needed to go.  It was tough because of all the rocks hidden in the grass and fallen leaves.  I turned my ankle quite a few times but just kept going.

I kept looking back to see how far back the the #2 runner was.  Around mile 12, there was an out and back section (about 1/2 mile I’d estimate) for the 30K folks to head back to an aid station, then a steep climb back to the rest of the loop to finish it up.  I figured I’d get to see how close I was being chased.  I was hoping I had opened up a big enough gap that I wouldn’t see anyone, but right at the end of the out and back I saw #2.  I smiled at him and could swear he told me, “Here I am” with a winded smile as we crossed.  About 10 yards behind him was #3.  I had quite a gap, but wanted more.  I pushed pretty hard for the rest of the race.  There were a few inclines that I just had to power hike up.  Then, when I’d reach a flat or downhill, I’d run hard.  I kept thinking, “If one of those guys is a mountain goat, they’ll catch me on some of these uphills!”

At this point, I was passing some of the 20K runners and encouraging them.  I even passed Jen who was running the 30K and, once again, took wrong turn on a trail race!  (There’s a reoccurring theme here….and I may be in trouble for pointing that out! haha)  She had dropped to the shorter race.  I kept plugging away until I was back on pavement crossing the bridge, then back into the woods.  I was still looking back.  Feeling chased.  Then I reached the park road.  I gunned it and finished in 3:07:11.  Relief!!  I won!  The second place runner came in at 3:34:49.  I had opened up a nice lead. 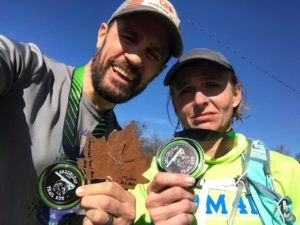 This was a tough, technical trail, but I really enjoyed the challenge.  The trail was well marked and the race staff was great.  Oh and the shirts were awesome!  Check out the pictures below.  I will plan on running the Greenleaf Trail run again next year. 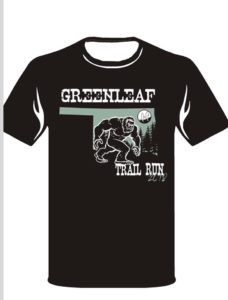 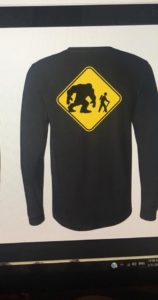 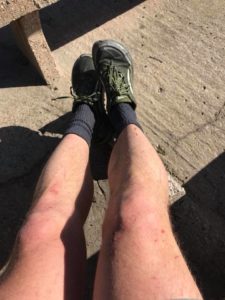 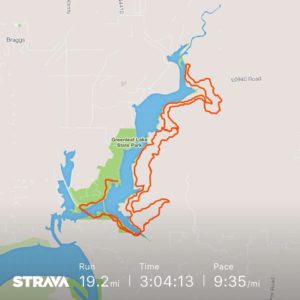