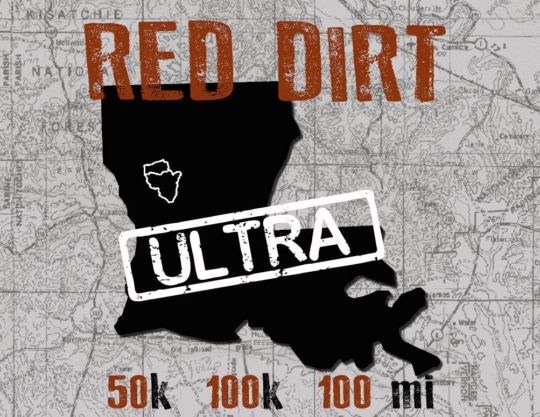 I had the privilege to travel back to my home state of Louisiana this weekend to spend some time with my Cajun running friends, help with a race, and run a 50K.  Last year, my good friend Edie put on the first Red Dirt Ultra.  I was still living in Louisiana at the time and was able to be a a part of organizing and putting on the inaugural race.  We did quite a few scouting runs out there while training for our Grand Canyon r2r2r.  Lots of good times with good people.  I was excited to be there because my son was driving up to hang out and help out.  Also, I was pumped because a few of my friends were attempting to run their first 100 miler.  I had been struggling with a head cold that started moving to my chest.  I was very close to staying home, but felt like I had to make the 6-7 hour trek to be there for this event!

I left work a little early in Oklahoma on Friday and drove the almost 7 hours to the start/finish and camped out in my car.  I got up early in the morning to visit and see the 100 milers off at 6am.  Then, I got myself dressed and ready to run the 50K.  We started at 7.  It was pretty chilly, but the wind was not too bad.  After filling my hydration bladder with my Tailwind-Salt-sherpa-water mix, I realized there was a hole in it that would squirt when I squeezed it.  Thankfully, I got a new bladder for Christmas and had thrown the box in my bag just in case!  The new one was only 1.5L while the holey one was 2L, but it would have to do.  (lesson – always have hydration backup!)  For shoes, I decided to run this one in my Altra Timps again.  They did great on last week’s, rocky terrain for the Greek Leaf 30K and I figured they’d be perfect for this mixture of sand, mud, and dirt.  I was right!

I made a quick bathroom run and was lined up with 3 minutes to go.  I believe there were 74 people signed up for the 50K this year.  My plan for this race was mainly to go out and have fun and use it as a training run.  I was still pretty stuffed up and coughing a bit, but was hoping that it would clear up once I started running.  At 7am, we started the race.  You’ve got to fit through a medium sized gate to head out onto the trail so I filed in toward the front.  Immediately, I felt good and just took off at a strong, but conservative pace.  I talked with a guy from california for a couple minutes before he dropped back.  From then on, was alone for much of the rest of the race.  This course is on a big, beautiful 30-31 mile loop called the Sandstone trail on the Red Dirt reserve. Lots of hills, sand, and stream crossings.  Strava had my elevation gain at a little under 3,000 feet for the loop.  At the first aid station, I just reported my number and ran through.  I met up with a few friends along the way who had started at 6 because they were running the 100k or 100 milers.  They were running more conservatively since they had multiple loops to complete.  At the Mud n Guts aid station (the halfway point), I stopped to refill my hydration bladder.  I was taking my time and talking to my friend Fawn who was helping me when 2 of the 50Kers behind me came running through the aid station and did not stop.  I remember calmly saying, “Crap.  Now I’ve got to race.”  We put my pack back together and I took off.  I remember the smile I felt crossing my lips as I gave chase.  I love this stuff!!  I caught up with them in about a half a mile. I noticed that one of the guys had a Rouge Orleans 126.2 tattoo and a Boston tattoo on his calves.  Note to self: this guy knows pain.  I ran both and in 2015 and the Rouge Orleans 126.2 will wear you down.  I made it a point to blow past them quickly on an uphill and ran hard to create some distance for about a mile.  Like my 30K from the previous weekend, I ended up running the rest of the race feeling “chased” whether I was or not.  Around mile 20 or so there was a long straight away down a dirt road.  I looked back right before I turned back into the woods and there was no one in site.  Good.  I didn’t want them to see me at all until the finish. 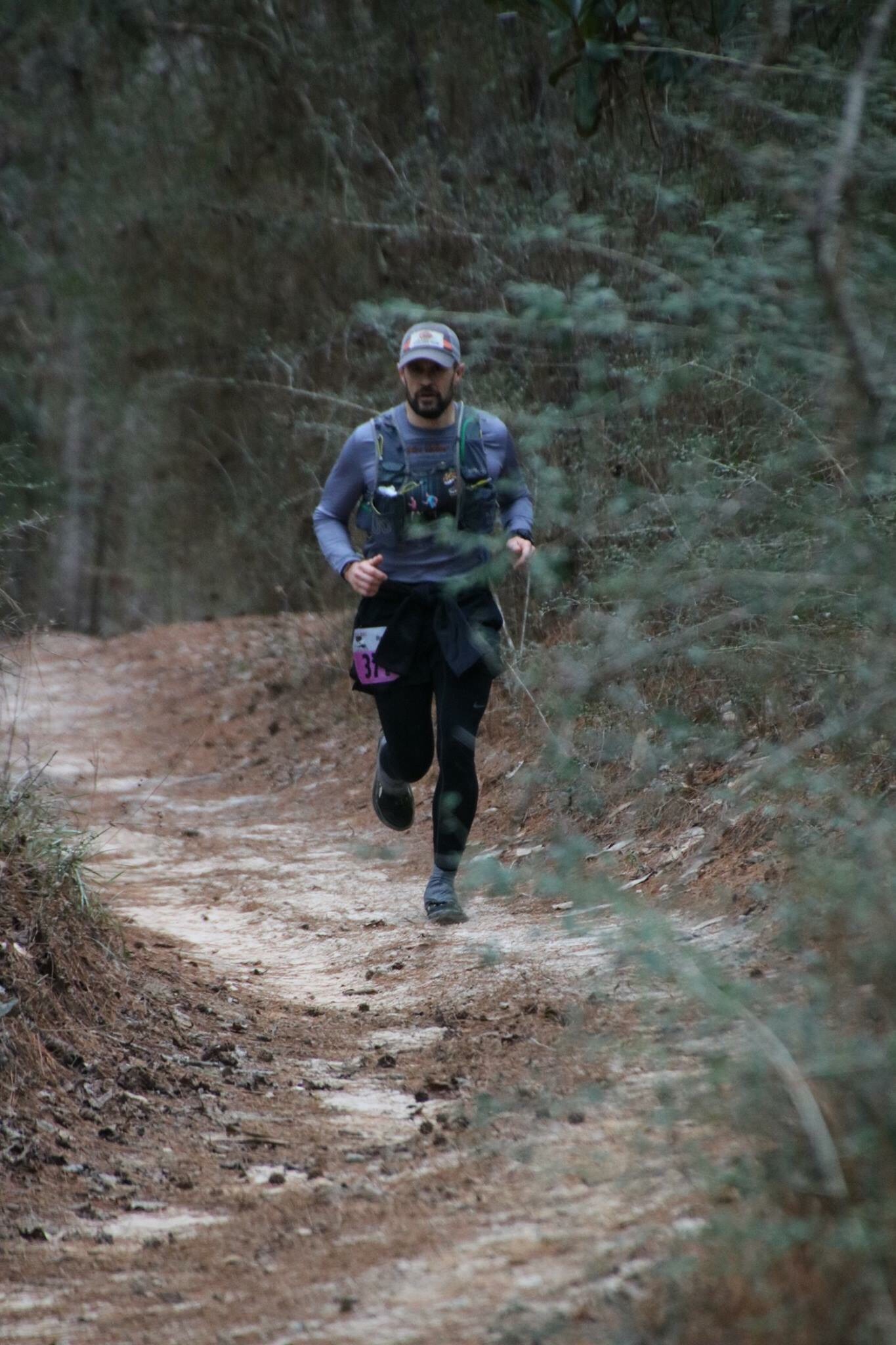 I kept plugging along and walking some of the steep, sandy uphills and almost managed to stay dry through all of the creek crossings.  On the last one, a few miles from the finish, I stepped on a log(stick) that I thought might hold me to cross over, but it didn’t.  My feet were immediately soaked with extremely cold water.  It felt nice though!  I pushed on and before I knew it, I was at the finish!  4:00:57, and just over 10 minutes ahead of 2nd place.  If I had realized it, I might have pushed harder to try and break 4 hours!  I’ll take it!  It’s a PR and a win.

I took some time to rest and eat some amazing gumbo and visit with my people.  Then, I changed into some dry clothes and enjoyed helping be a pit crew for some of my friends killing the 100 mile distance.  A few hours after I finished, the rains started and didn’t stop until later that night.  The trails got cold, muddy and downright nasty.  Some people felt they had to drop for safety reasons.  Others kept plugging away in crazy conditions and achieved their goal!

If you are looking for a fun race with a beautiful course, top notch aid stations, and cajun hospitality, then sign up for next year’s Red Dirt Ultra (50K, 100K, 100M).  You’ll be glad you did! 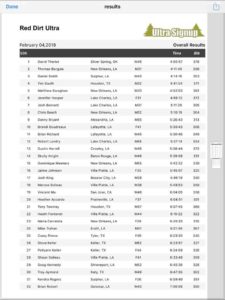 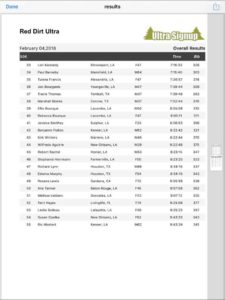