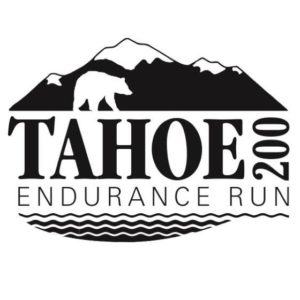 I enjoy pushing my body. I enjoy the process of training my body to achieve a goal. Achieving big things and pushing distance limits takes hard work and discipline. That discipline is not only in following a training schedule that includes many, many miles on roads and trails, flatlands and hills. It includes feeding your body what it what it needs to recover. It involves resting….strength training…..logistical prep…..gear choices….nutrition planning…..mental preparation…..all the while attempting to maintain a balanced life with marriage and family as a top priority. It’s a self inflicted test that spans the period of months and culminates in traversing between two points as fast as your body will take you. I had the privilege to do some interesting things this year. It was a busy year with lots of changes and adjustments. I got married in February and moved to Oklahoma in July and along with that a new job! How cool is that? Big adjustments to life. I ran the Louisiana Marathon for the first time in January and BQ’d wearing a superman cape. In March, I was privileged to pace for the Zydeco Marathon in Lafayette, LA. I won the 3 hour in Beast for a Day in May. I had a great time running in the heat for the Full moon 50K in Arkansas in July. I PR’d in the Arkansas Traveller 100 in October then placed second and PR’d again in the Kansas Fall Rails to Trails Ultra Extravaganza 100 three weeks later. I finished up 2018 by running the Route 66 Marathon in November and the Runner’s World Half n Half this past weekend. That’s four marathons, a 3 hour trail race, a 50K, and two 100 milers. It’s been a great year!

With that being said, I’ve signed up for a bigger challenge for 2018. When I didn’t get my sole ticket drawn for Western States, I had already decided that I would sign up for and run the Tahoe 200. I’ve always wanted to visit the awesomeness and beauty that is Lake Tahoe. What better way than immersing myself fully into running around the whole thing? In the same way that the R2R2R was a head first dive into experiencing the Grand Canyon for the first time, so it will be for Tahoe. This will be the furthest I’ve gone and will also be some of the most challenging terrain. I’m nervous and excited at the same time! There’s also still the chance Jen and I could get our names drawn for the Leadville 100 which is a month before Tahoe. We’ll just have to cross that bridge if that happens. In the meantime, I’ll be running a few marathons and at least one 100 miler(probably more) along with a hefty training plan in preparation for 200 miles of fun in September! Stay tuned…..more to come.